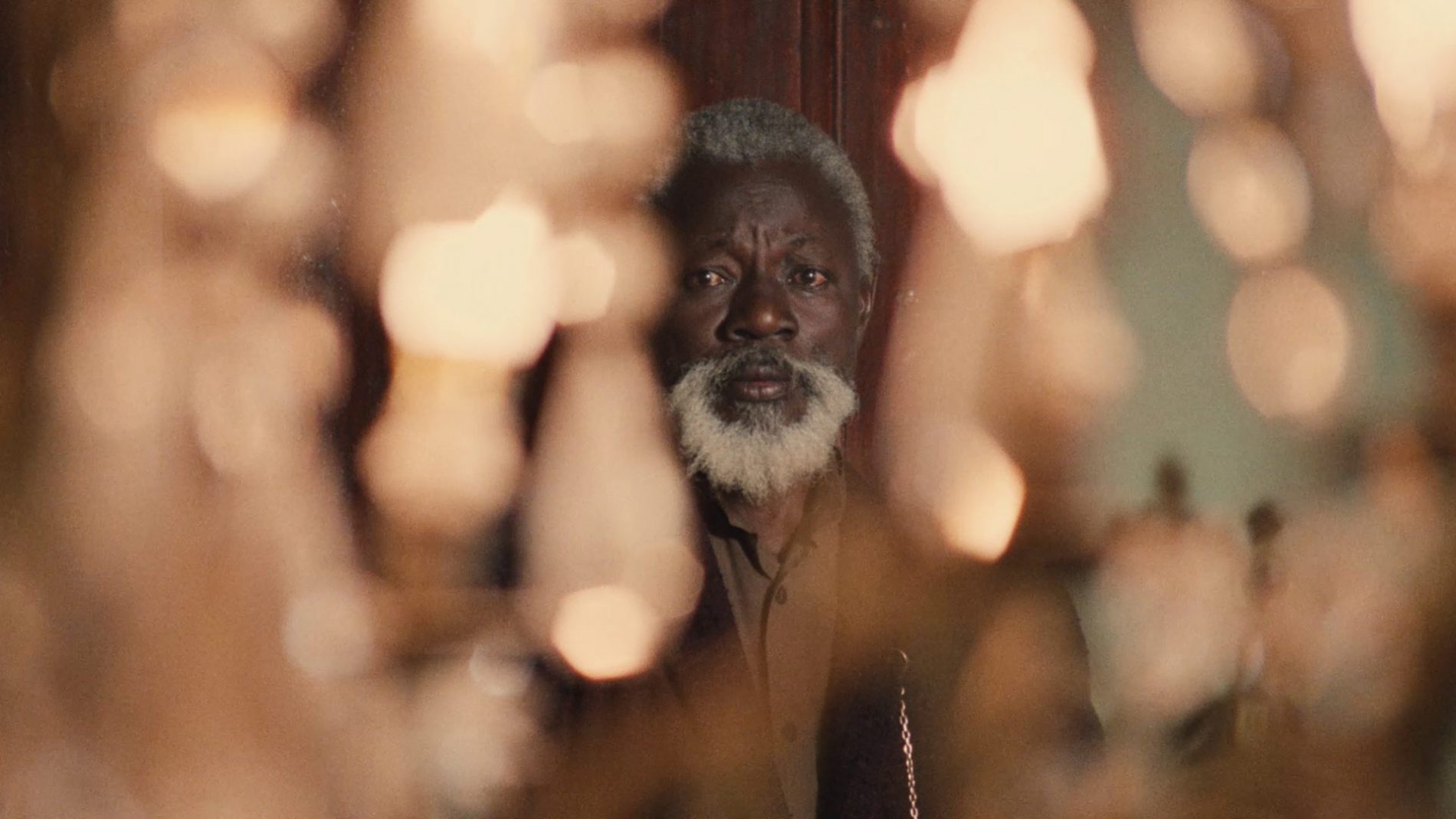 The name of the Senegalese filmmaker Djibril Diop Mambéty resurfaced at the end of 2017 with the release of I Am not a Witch by the Zambian filmmaker Rungano Nyoni, a film which regularly mentioned Hyenas as its main reference.

Logical, since there are few (or none?) other African equivalents to this kind of filmmaking, trading realism for a purely mental vision of both decor and situations and pushing social satire to the absurd, the uncomfortable even…

Having become «richer than the world bank», Linguère Ramatou returns to Colobane, a miserable hole at the entry to the Sahel region, to demand the death of Draman Drameh, her old lover, who left her when she was pregnant, thirty years ago. Between the promise of great fortune and their moral conscience, the inhabitants must decide …

It’s all in the way the poison spreads, an initial hypocrisy (everyone starts spending money they don’t yet have) transforms into a murderous determination (one always finds good excuses).

The most beautiful scene, simultaneously the cruellest one too, is when Draman goes to church, the sound of Wasis Diop’s throbbing music resounding. Sitting on a bench, he observes his surroundings; He looks serious, looks at a television flickering (broadcasting images of malnourished babies), then over at two fans mounted around a statue of the Virgin … The cleric walks in, goes up to the pulpit, smiles and addresses the outcast: « Draman Drameh, I know what brings you here. But you must keep your faith, to the very end. A train will pass tonight through Colobane. Get on it! »

And just as drily, he takes his leave again. The camera pans down to reveal workers unpacking a huge chandelier. Followed by a still shot, efficient and incredibly daring: in the foreground, the out-of-focus chandelier, through which Draman’s face appears in fragments. Click, the light goes on with a burst of a thousand electric bulbs; boom, the old man’s mouth opens in awe. He has understood that nothing (neither man, nor God) can save him.

His tragedy, and that of an entire continent, becomes all the more bitter in the guise of a joke. 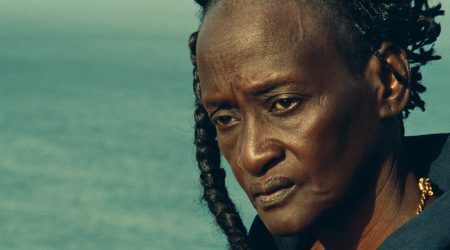 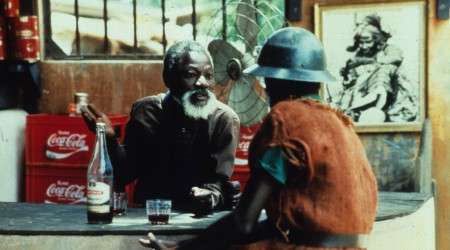