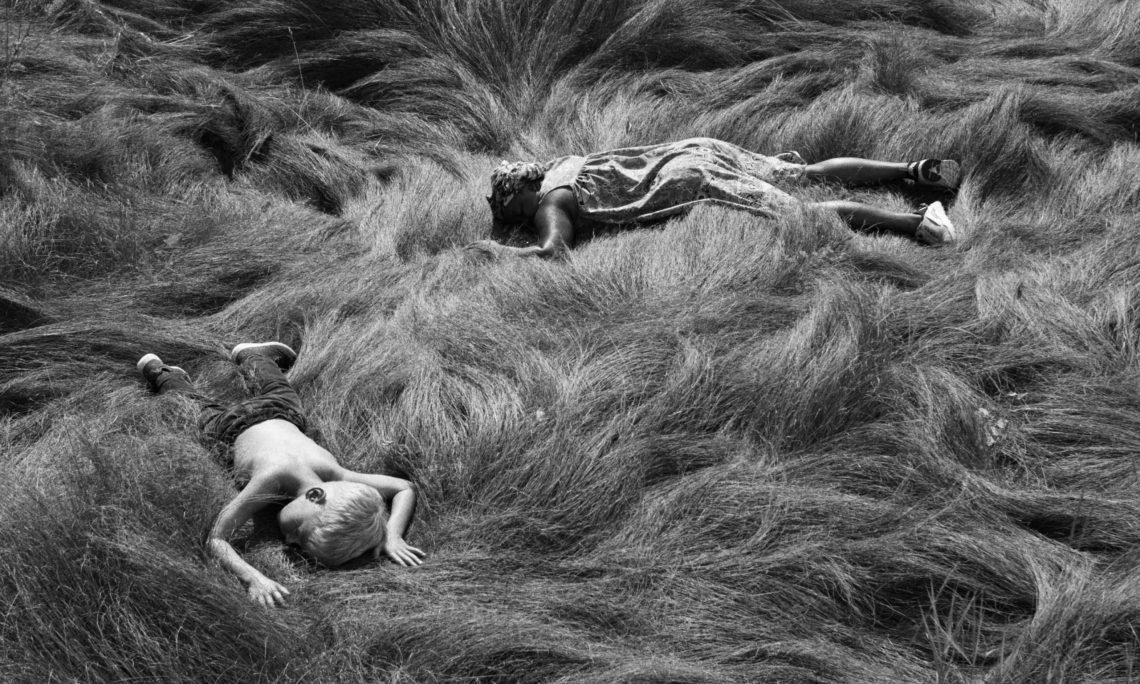 Apollo lost his herd of cows. Furious, he goes across the worlds to beg the forest spirits to help him. Sylenus and a gang of satyrs agree to find his cows trusting the promise to receive money and freedom in return for their service. But the traces are lost and the satyrs drift long, before they fall on the disrespectful monster who has stolen the cows from their master. This monster is none other than a toddler named Hermes. Frustrated at not being recognized as a god, he insists on inventiveness and cruelty to prove his divine belonging, alongside his guardian nymph – Cyllene, tormented between the mischief and genius of her protégé.

Tracking Satyrs reenacts Sophocles on the margin of contemporary Polish society, just beyond the capital, among bunkers and primeval forest. Formerly, this farce ended the evenings of tragedy and prolonged them, in the noise, in a matrix of panic. Tracking Satyrs makes the discrepancy between sound and image reveal emergencies: the wounds, fears, and hopes of those who – in reality – play in the film.
plan